Because Walker participates in the National Flood Insurance Program (NFIP), the City has officially adopted these maps which qualifies City residents for flood insurance. Part of this effort included an update to Chapter 42: Floods of the Walker City Code.

To access the official FEMA Flood Map that covers your area, click on the image below to open the full size map in a new tab, then click on the Flood Panel number that's outlined in blue.

Note: these maps are DRAFTS that will not go into effect until February 23, 2023. 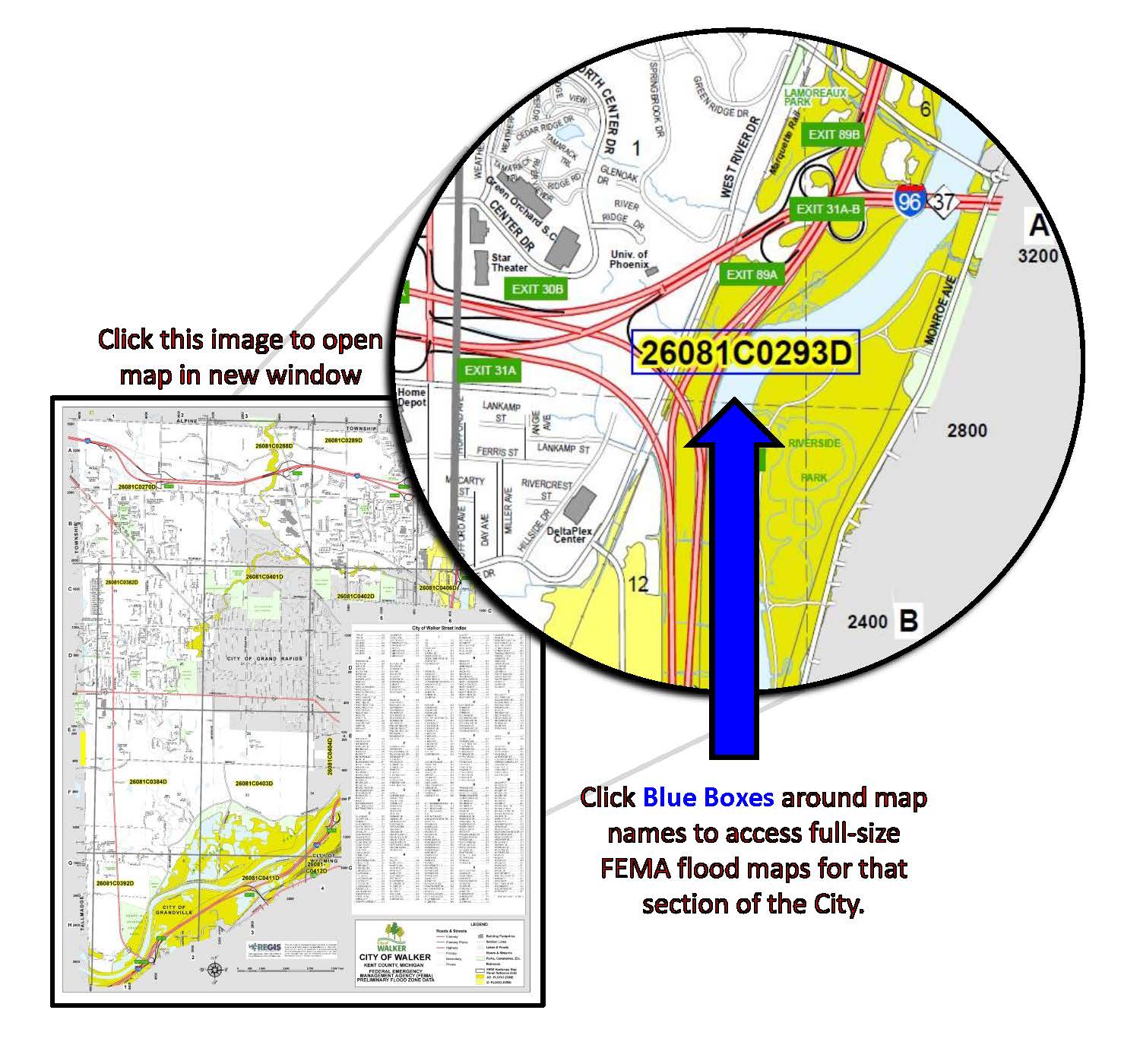